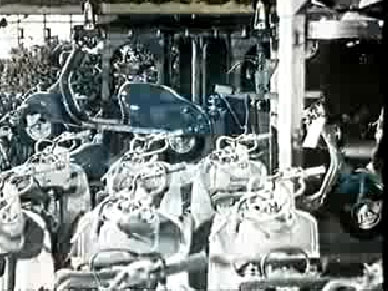 Big thanks to Spectre on the forums for spotting this Scootermania documentary online.

It was originally broadcast back in the early 1990s on Channel 4, essentially a potted history of the Vespa and Lambretta, from inception through to their 60s heyday and decline (in the mass market at least).

Lasts around half an hour, I've just added it to the video archive section.