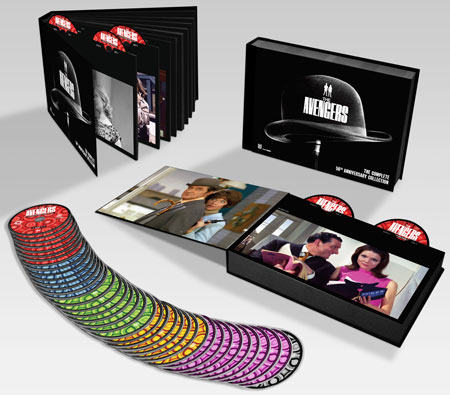 OK, I'll admit I've not been able to get all the details of this, despite chasing up the company, the PR and anyone else who will listen. But I have enough to get a rough idea of what The Avengers 50th anniversary DVD set will offer up.

For a start, it offers all The Avengers episodes that are currently being released series by series by Optimum, including the pile of extras each set has offered. But there will also be an extra disc, exclusive to the set – although we don't know what will actually include right now.

The whole thing is a limited edition, packaged in the book-like casing, with each pair of discs opening up to a still of the the series. The price of all that? £199.99 officially, although that's discounted to £149.99 at Amazon, which does mean a hefty saving on buying the individual series separately. See over the page for another image – it's out on 6th december 2010. 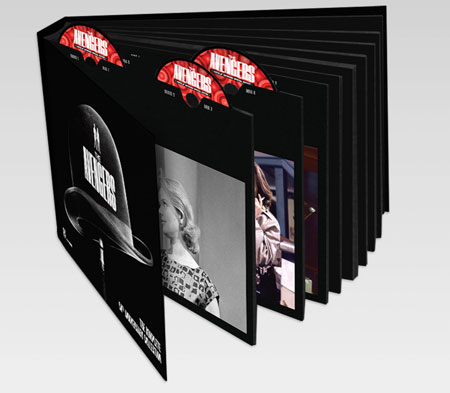