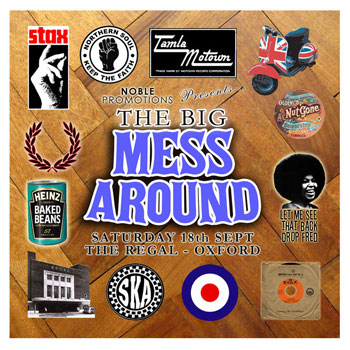 As it's their first event and they've obviously put a lot if time and effort into it, I'm just giving a final mention to the forthcoming The Big Mess Around in Oxford.

As we said previously, it is a mod-friendly event, featuring two live bands, the Top Cats ska band and The Captive Hearts from Wigan, with The Big Mess Around DJs playing the tunes.

Much more about it on their Facebook page (where you can updates too), the date is this Saturday, 18th September 2010 at The Regal, 300 Cowley Road, Oxford, running from 8pm – 3am.