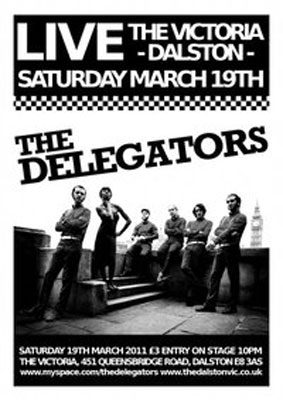 If you happen to be free on the night of 19th March and in in the Dalston area of London, you can check out The Delegators.

The band are playing at the The Victoria, 451 Queensbridge Road, Dalston, with DJ support playing ska and soul from 8pm until 2am. £3 gets you in.

For an idea of the band's sound, 'imagine the Supremes moved to Kingston via South London' is the official line, but you can make your own mind up via its MySpace page. More details on the night via Facebook.