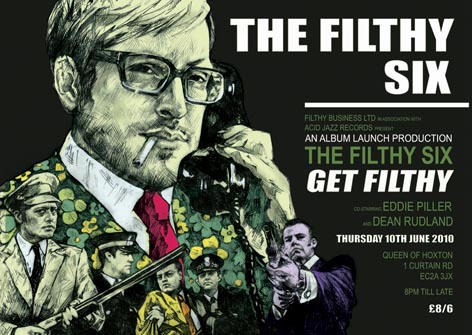 We featured The Filthy Six in our new bands section, flagging up the band's debut Get Carter 7-inch too. Well, that's being followed by a debut Long Play album on Acid Jazz – and the launch party gig is in London on Thursday 10th June 2010.

Expect soul, funk and jazz in the mix, with DJ support from Dean Rudland and Eddie Piller and expect to hear the entire debut album by the Filthy Six at the venue, which is The Queen of Hoxton, 1-5 Curtain Road. EC2A 3JX.