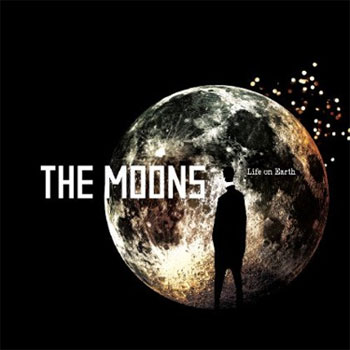 We've been lucky enough to get an advance copy of The Moons' Life On Earth album, which is released by Acid Jazz on March 15th 2010. So with much haste, we have got a review of it online.

As we mentioned last week, the band is fronted by Paul Weller’s keyboardist Andy Crofts and featuring Chris Ketley of the recently defunct Rakes. On that March 15th launch date, the band will also be at HMV on Oxford Street on that day at 5pm to play some tunes, followed by the album launch party at the Old Blue Last in the evening.

But ahead of that is the review, check it out now, with the album avaialble for pre-order at Amazon and all the usual outlets.

The Moons Life On Earth album reviewed on Modculture