The Specials reformation – revealed earlier this year here on Modculture – has now led to the announcement of tour dates for 2009. 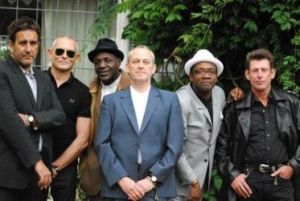 The British ska legends are set to play the following dates:

A special Coventry date is also planned, but details are so far being kept a secret. The gigs will see a line up consisting of Terry Hall, Lynval Golding, Neville Staple, Roddy Byers, Horace Panter and John Bradbury. Tickets for the tour go on sale at 9am on Thursday 11th December, priced £32.50 (£35 in London). Telephone 0871 2200 260 or go to www.gigsandtours.com to buy.