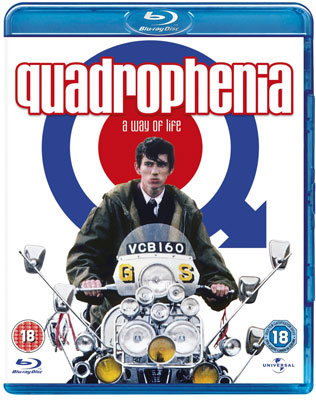 We mentioned a while back that the movie was said to be coming out in high definition, but now the release of Quadrophenia on Blu-ray has been confirmed, along with details and a shelf date for the Universal release.

The date for your diaries is 14th November 2011, which is in good time for the Christmas list. Amazon has opened pre-orders for it, should you want to get yourself to the front of the queue.

As for extras, well, according to that listing, there will be a commentary, a documentary called 'A Way Of Life: Making Quadrophenia', along with a featurette called 'On Location With Franc Roddam' and the original trailer.