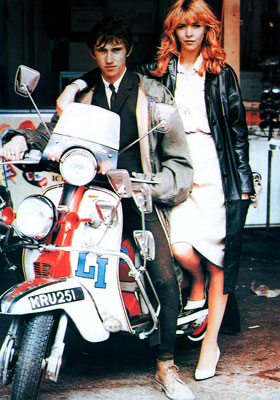 Let’s start with the thing we do know about, that being a screening of Quadrophenia in London with director Franc Roddam.

It takes place on Friday 9th September, running from 7 – 9.30pm. The film will be shown following a 20-minute introduction by the film’s director, Franc Roddam. It’s part of an ongoing Docklands Cinema Club event, with cult movies introduced by those connected with them. Tickets are £7 (£5 concessions), with full details found here.

So what about this Blu-ray release? Well…

…it looks like the high-definition version of Quadrophenia will be hitting the shelves soon. Little detail around, but the HMV site has a ‘coming soon’ page with a small image of the artwork for it.

I can imagine it being around in the Christmas run-up, so expect it in the next couple of months. When we get the lowdown (and details of the extras), we’ll post them up.